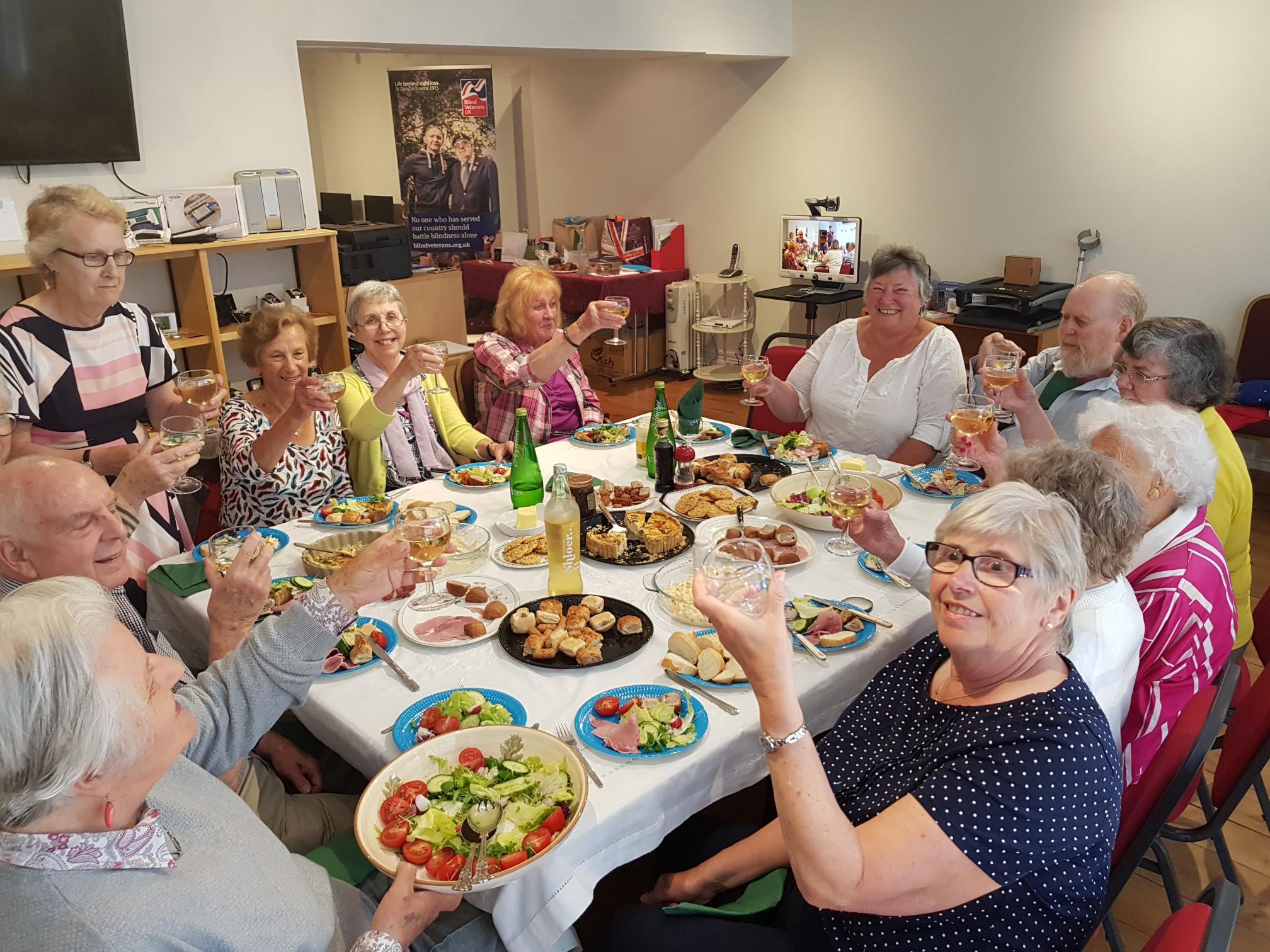 Thursday 30th May saw some of our Midhurst members sadly saying ‘Goodbye’ to Velia Hall one of our loyal volunteers in Midhurst.

Vee joined us as a volunteer in the Midhurst Vision Support Centre in January 2016 having found a void in her life after losing her mum a few months earlier.  At that time we still had a charity shop as part of the centre in our old Midhurst premises and Vee made a point of telling us that as a nurse all her working life, she had no retail experience whatsoever but, was willing to learn.  Before we knew it, Vee became our volunteer shop manager and very successfully helped fill the gap between the new shop manager recruitment and employment.

Vee then became my ‘right hand’ person as the community Outreach Officer and soon struck up a wonderful rapport with all our local members.  She showed immense empathy with our visually impaired community and this was helped by her being in charge of the Eye Dept during her nursing career in what was then the King Edward VII Hospital in Eastbourne.  Many of our members in the locality became an extension of Vee’s family and were included in the wider circle of Midhurst friends that she already had.  She went beyond the bound of volunteering and in her own time, became friends with many of our members and offered them lifts to places they needed to get to.  Nothing was ever too much for her.

There were not many people in Midhurst that did not know Vee and it was through her community connections that 4Sight was introduced to and now continues to be supported by the Midhurst & Petworth Rotary Club and the Midhurst & District Lions.

After seeing how well that Vee was enjoying this new role, I recommended to Nik that she would be an ideal trustee of the charity.  This was all approved and she was voted in by our members in 2016.  She took to this role very well and became an excellent ambassador of the charity, not just locally but also when on holiday on a cruise in the middle of the Mediterranean where she struck up conversation with a visually impaired lady who lives in Shoreham and is one of the doctors working with visually impaired children at Great Ormond Street Hospital.   Vee’s bounds are endless!!

Vee will be sadly missed by many, especially by me, as over the last couple of years, her and I struck up a wonderful friendship and shared our wonders and woes!

We all wish her well with her move out West and hope the next chapter of her life will be just as enjoyable. 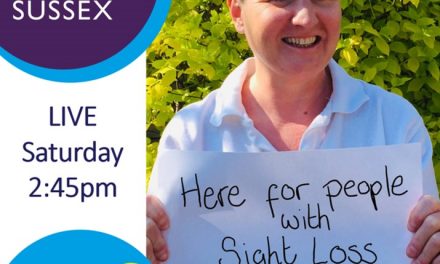 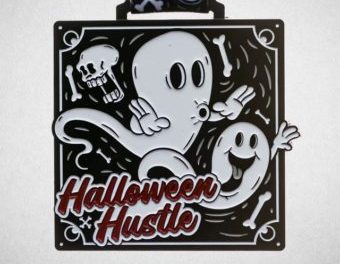 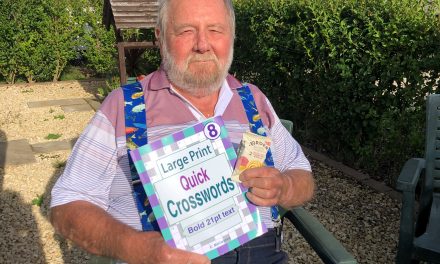 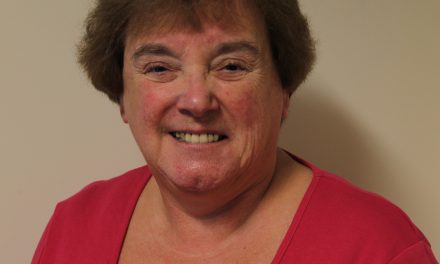